Ghosting Happens. Roll With It. 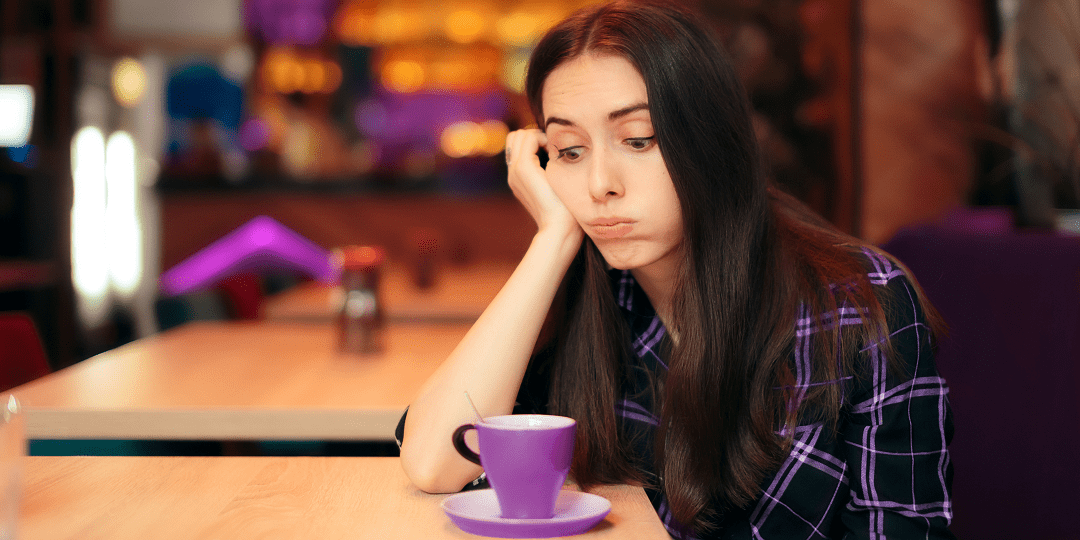 As a seasoned online dater I have grown accustomed to the phenomenon termed “ghosting.” This is when you are texting/talking/seeing someone to all of a sudden never hear from them again. This loosely applies mostly to someone you thought was really interested.

In other words: blown off, ignored, disregarded.

I’ve had guys say such charming sweet things giving me the impression they really wanted to get to know me, just to never hear from them again. I’ve had guys actually ask me out on a date that I never heard from again. Heck! I even once dated a guy for 5 months who just disappeared.

I’ve even done it myself.

The thing is, the person who is genuinely interested in you, digs your vibe, really wants to get to know you will not ghost you. There’s a silver lining there in that. Ghosting is just another way to weed out the duds from the winners.

I know it seems or is (depending on your perspective) a lack in common decency, but fundamentally, we don’t owe anyone anything – at least not in the beginning.

If I ghost someone, it’s always during the messaging phase. Most recently I ghosted a guy because he never bothered to ask me out. I really had nothing left to say to him. I didn’t know him well enough to say, sorry I don’t think we are compatible. So, I just let the whole thing go. And, he also didn’t push the issue, so clearly he wasn’t all that interested in me in the first place.

Technically that was ghosting, but I don’t take it as a big deal. Even if I’m the recipient.

Other times I will ghost is when I get a message that’s inappropriate or creepy, if a guy starts complaining about something, talks about an ex, etc. I don’t have time for that, and I don’t owe him an explanation. Sorry, I just don’t.

I will not ghost after I go out on date with someone. If I’m asked out for a second date I will politely say, thank you so much for your time, I enjoyed meeting you, but I don’t think we are a good match long-term.

Online dating is a great way to people, but we have to remember that in the beginning we are all strangers (faces under white sheets, if you will). We all have busy lives and we all know what’s best for us. If I don’t hear back from someone I will trust they are doing the right thing for themselves by not communicating with me. I never take it personally.

Shouldn’t someone who ghosted you, who doesn’t want to date you, be a deal breaker for you?

The guy I dated for 5 months who just up and disappeared owed me some sort of a break-up message or phone call. That did piss me off pretty royally. But, still, at the end of the day, didn’t he show his true colors? Didn’t he demonstrate what kind of wimpy man he really is?

To that I say, phew!

There has always been ghosting in dating. It’s just more apparent to us these days because of texting and the number of people at a time we can communicate with. Online dating offers us so many options!

So many people complain about online dating, but I really think it’s because we let little things get in our way. We harp on insignificant details instead of looking at things from a positive perspective. Getting mad at someone you don’t even know is not going to help your dating life. Calling all men/women losers, bitches, a-holes, douche bags, and so forth, is only perpetuating your negative results.

There are millions of amazing human beings out there. You are one of them. I am one of them! Every person it doesn’t work out with is leading you toward the person it is going to work out with. If you stop your efforts because you were ghosted a couple times, or you didn’t naturally click with a person you were on a date with then you are NEVER going to meet someone. That’s on you.

People complain about online dating. The truth is, people are the problem. Not the platforms.

If you went out with someone you met in a bar, you liked them, but they ghosted you. Would you blame the bar?

Practice what you preach. Give people a chance and the benefit of the doubt. Look in the mirror. Roll with the punches.