Please Don’t Talk To Me About Your Ex. Ever. 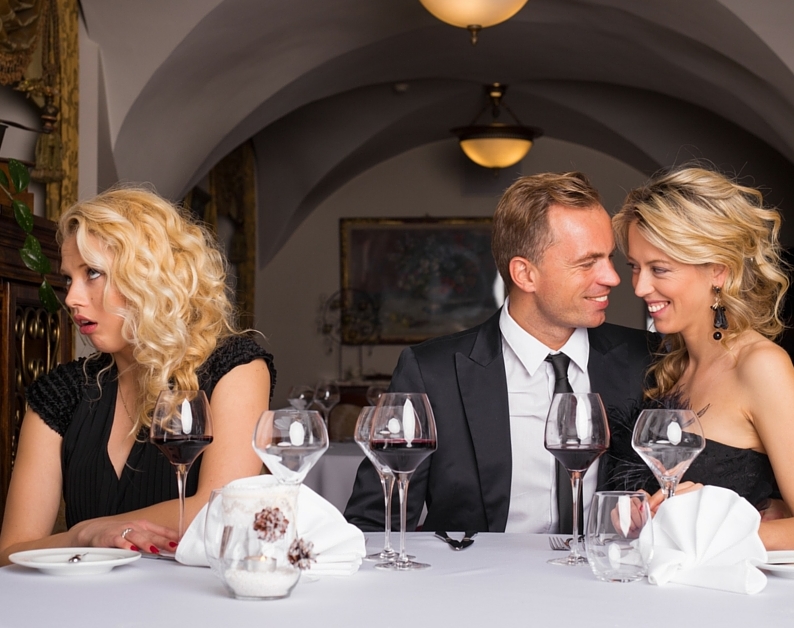 Ok, never ever talk to me about your ex is a little harsh. Especially in our 30s and up we’ve all had past relationships. It’s not a big deal, but the past is the past.

I am pretty open-minded when it comes to dating and who I date. I don’t really have a type; if you look at all the guys I’ve dated long-term and short-term there aren’t a whole lot of resemblances – looks or personality. One rule I try to follow, though, is not dating a guy who has been divorced less than 2-3 years.

I am not a rebound chick and I’m not interested in being a shoulder to cry on about all the horrible things your ex did. A few times this did happen and after I got to know the guy a bit the more I started to see her side of the story. Sorry guy, this isn’t going to work out.

I let most things roll off my shoulders. But, having to listen to complaints about an ex or worse, being compared to some chick from their past really burns me up. I don’t give a crap. I care about me, not some girl who did you wrong. I want to be special, unique, not just the next girl in line like all the others. Get over it, dude.

I dated one guy for a fairly significant amount of time and I knew details of 3-4 of his past relationships, dating back 10 years or so. One girl he so kindly mentioned I was just like (looks and personality). He also brought up on a few different occasions how gorgeous his ex-wife is. I cringe at remembering these moments. I knew just about as much about his relationships with these women as I knew about his relationship with me. He even passed my test of having been out of a serious relationship for at least 2 years.

The things is, and this goes for guys and girls, because we all have things to say about exes, is that when we meet someone new and start dating we begin to have sights on the future. Something new and exciting has come into our life and we want to explore where it can go. However, it’s hard to keep that vision and build a future when we are in a relationship with someone who is stuck in the past.

My tip to someone who has recently gone through a significant break up, be single for a while, learn about yourself, and just as importantly, find someone to talk to or find another way to process.

The guy I mentioned above had the first part down, ok. He was ok with being single and liked his life well enough, but it occurred to me that all the talk about the exes was him processing and reflecting. He was thinking about them all the time and letting it out by talking to me. It seems to me that if at the time he had found a friend or a family member to talk to about all that in the years before he met me this might have not been a problem. It makes me wonder who his new girlfriend is now and what he’s telling her about me, haha.

I know guys and girls are wired a little different when it comes to sharing feeling, but it’s something to think about. There has to be a way to deploy some coping mechanism and resilience strategies. Dumping it on the new girlfriend/boyfriend is not the answer. Don’t burden your new relationship with your woes. We all have baggage, it’s how we deal with it that’s important, and the new guy/gal in your life wants to be your one and only. It’s simple, really. Whatever relationship ended it ended for a reason. Focus on that. Accept it. After that you will be free and open to something new. Think about exciting that will be. 🙂